Our History (so far)

Inspiration Koinonia is a spiritual renewal program similar in content to the Catholic Cursillo and the Walk to Emmaus. It is an interdenominational organization. It grew out of the vision, dedication, and hard work of a group of West Side and Lake County Koinonians, most of whom attend Brook Park Community Church of the Brethren.

Early in 1998, this group began discussing the need for a Koinonia experience to be held somewhere south of the metropolitan Cleveland area. After much prayer and discussion, they decided to move forward with offering these renewal weekends at Camp Inspiration Hills located off of State Route 83 in Burbank, Ohio. The weekends were to be patterned after the West Side Koinonia weekends then being held at Olmsted Community Church in Olmsted Falls, Ohio. West Siders willingly shared their experiences, documentation, and an appreciation for what it would take to start a new Koinonia Community. The West Side group had grown out of the Lake County group several years earlier.

While the West Side information was invaluable, major modifications were necessary to accommodate having the weekends in a camp-type setting as opposed to a church. The camp was toured and decisions made regarding which buildings would be used for the various activities. Detailed floor plans were made of each building to find the best location for tables, chairs, podiums, etc. Measurements were taken for things like banners and curtains. Decisions were made regarding timing, meals, and the number of Team Members and Candidates.

Gathering all the physical items necessary for a weekend was a major undertaking. Several fundraisers were held, e.g., a spaghetti dinner/game night and silent auctions. Workdays were held to make curtains, banners, prayer wheel, signs, etc. Donations of specific items were requested from the existing communities. The list of what was needed was several pages long. Storing everything until the first weekends took most of one Koinonian’s two-car garage. We serve an awesome God and through His grace and the generosity of His people all the needs were met. The spirit the bible tells us about in I Corinthians 12:4-6 was truly evident in this massive undertaking. That scripture reads, “There are different kinds of gifts, but the same spirit. There are different kinds of service, but the same Lord. There are different kinds of working, but the same God works all of them in all men.” (NIV)

In addition to the “things” needed for a weekend, people were recruited from the existing communities to be Team Members for IK 1 and IK 2. Additional resources were also recruited to do the behind-the-scenes work, e.g., Kitchen Chair, Weekend Chair, Newsletter and Publicity, etc.

Throughout the entire history of Inspiration Koinonia, prayer has been a major factor. Through the prayers and the dedication of time, talents, and resources of a small group of people, Inspiration Koinonia was birthed. It has reached people as far south as the Mansfield area; as far east as the Pennsylvania border; and as far west as the Toledo area. With each weekend, new Koinoians are added to this group of dedicated Christians who are willing to give of themselves to serve others as Christ has instructed us.

Inspiration Koinonia continued for 14 years at Camp Inspiration Hills until 2013 when we had an opportunity to partner with another institution— the Risley Agricultural Center in Spencer, OH. Volunteer efforts and God-provided donations were needed to construct a storage shed and bath/bunkhouse to be able to hold weekends. After much prayer, hard work, and funding we held our first weekends, IK 59 and IK 60 at Risley in the Fall of 2015. Since those initial weekends, there have been other improvements to the camp—not just for the benefit of Koinonia, but for churches and organizations looking for a cost-effective facility to hold retreats.

The following verses found in I Peter 4:10-11, are truly descriptive of the spirit in which Inspiration Koinonia was born, “Each one should use whatever gift he has received to serve others, faithfully administering God’s grace in its various forms. If anyone speaks, he should do it as one speaking the very words of God. If anyone serves, he should do it with the strength God provides, so that in all things God may be praised through Jesus Christ. To Him be the glory and power forever and ever. Amen.” (NIV)

In Greek, Koinonia (coin-no-nee-a) means a gathering. That is what a Koinonia Weekend is, for it brings together people from different denominations and communities for a learning, sharing, and inspirational experience in Christian living.

The weekends are structured around a series of sixteen talks, nine by laypeople and seven by clergy. The talks cover such topics as God’s Grace, Biblical Study, Christian Action, and other subjects relevant to laypeople. After each talk, there is time for discussion within small groups. The talks provide ideas for reflection and guidelines for life beyond the weekend.

The Koinonia Weekend is many things, but most of all, it is an experience to be lived. The weekend is filled with joy, much informal conversation, singing, worship, fun, and laughter. Within forty hours of a weekend, complete strangers become a true Christian Community living in God’s wonderful grace. 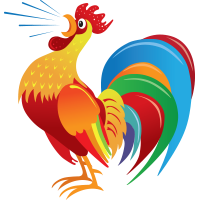